The Journal of the Civil War Era 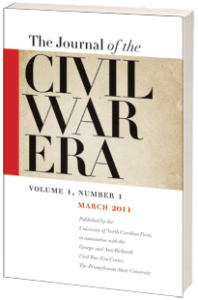 The University of North Carolina Press, in partnership with the George and Ann Richards Civil War Era Center at Penn State, launched The Journal of the Civil War Era in March 2011. Former Richards Center Director William Blair was the founding editor. Kate Masur of Northwestern University and Gregory Downs of the University of California, Davis, are the current editors. Matt Isham is the managing editor of the Journal and Penn State Ph.D. candidate Heather Carlquist Walser currently serves as the editorial assistant.