The Anthony E. Kaye Memorial Essay Award honors Tony Kaye (1962-2017), an innovative scholar of slavery at Penn State University and the National Humanities Center. Tony was an active member of the Society of Civil War Historians and one of the founding editors of the Journal of the Civil War Era. Tony’s contributions helped to make the journal an immediate success, engaging scholars across a wide variety of fields. The George and Ann Richards Civil War Era Center, the Journal of the Civil War Era, UNC Press, and the Society of Civil War Historians created this award to honor Tony’s passion for putting scholars in disparate fields in conversation with each other to enrich our understanding of the past. 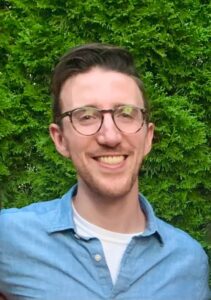 The Journal of the Civil War Era is pleased to announce that the winner of the Anthony E. Kaye Memorial Essay Award for 2021 is Bryan P. LaPointe. His winning essay is titled, “A Right to Speak: Toward a Political History of Former Slaves Before the American Civil War.” LaPointe is a doctoral candidate at Princeton University. The prize selection committee, consisting of Dr. Lisa Tendrich Frank (chair), Dr. Rabia Belt, and Dr. Erin Stewart Mauldin, provided the following praise for the essay: “LaPointe’s gracefully written essay illuminates how formerly enslaved people fostered a militant anti-slavery sentiment within the abolitionist movement. The essay helps reorient the concept of abolitionist activism by showing how these local and national Black leaders helped shape, define, and radicalize antebellum politics. The committee was impressed with LaPointe’s strong argument and its centering of formerly enslaved people’s experiences in abolitionism and antebellum politics.”

Congratulations Bryan and thanks to the awards committee for their commitment to this process.

The George and Ann Richards Civil War Era Center, the Society of Civil War Historians, and the Journal of the Civil War Era invite submissions of unpublished essays from early career scholars (doctoral candidates at the writing stage and PhDs not more than three years removed from having earned their degree) for the Anthony E. Kaye Memorial Essay Award. Essays on any topic concerning the history of the Civil War era, broadly defined, will be considered. This is a biennial award. Submissions are accepted in even-numbered years, and the award is presented in odd-numbered years at the biennial conference of the Society of Civil War Historians (see submission information below).

Submission information: The submission deadline is June 1 in even-numbered years. Submissions should be sent to the George and Ann Richards Civil War Era Center (RichardsCenter@psu.edu) with the subject line “Anthony Kaye Memorial Essay Award.” Submissions should be double-spaced and not exceed 11,000 words, including notes. Submissions must include a CV. The award committee prefers submissions written according to The Chicago Manual of Style. The winning essay will be selected by a three-person panel chosen by the JCWE editor.