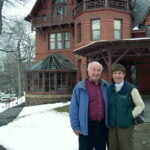 The Richards Prize for the best article in each volume year of The Journal of the Civil War Era is named in honor of George and Ann Richards. In 2002, the Richards made a spectacular contribution to Penn State’s Civil War Era Center, the editorial home of the journal, which provided the Center with a permanent source of income to fund scholarly research and outreach programs that advance our understanding of the Civil War era. This journal has been one of the beneficiaries of their generosity. The editors of the journal created the $1,000 Richards Prize in 2011 to recognize George and Ann Richards not only for their contribution to the center that now bears their name, but also to recognize their contributions to Civil War era scholarship generally. 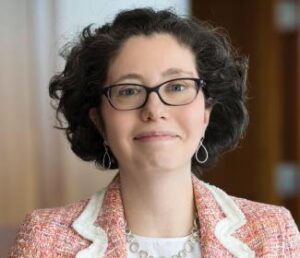 Cynthia Nicoletti  has won the $1,000 George and Ann Richards Prize for the best article published in The Journal of the Civil War Era in 2021. The article, “William Henry Trescott: Pardon Broker,” appeared in the December 2021 issue.

Nicoletti’s essay details the efforts of William Henry Trescot, “executive agent” for South Carolina, who secured pardons in order to facilitate the restoration of land the federal government had seized from lowcountry planters during the war. She demonstrates how Trescot’s maneuvering in the Johnson White House and with Freedmen’s Bureau officials throughout 1865 and 1866 was integral in explaining the failure of Reconstruction-era land redistribution in the United States.

In the words of the prize committee, “Nicoletti offers an important new perspective on a familiar subject: the pardoning of ex-Confederates by U.S. president Andrew Johnson. Taking a novel methodological approach to this topic, her well-written article shows the critical role that the South Carolinian William Henry Trescot played in not only encouraging Johnson’s issuance of pardons but also facilitating the restoration of land to former slaveowners in the U.S. South. In doing so, “William Henry Trescot, Pardon Broker” makes a substantial contribution to the scholarship on the Reconstruction era and strengthens our understanding of its legacies. The denial of freedpeople’s demands for land redistribution as an essential foundation of self-determination and restorative justice was far from inevitable, as Nicoletti concludes. “Instead, the nation that emerged from the struggles of the Civil War was one that was actively made by men like William Henry Trescott.”

Cynthia Nicoletti is a legal historian and professor of law at the University of Virginia School of Law. Her book, Secession on Trial: The Treason Prosecution of Jefferson Davis, won the 2018 Cromwell Book Prize, given by the William Nelson Cromwell Foundation each year for excellence in scholarship to an early career scholar working in the field of American legal history.

2020 – Catherine A. Jones, “The Trials of Mary Booth and the Post-Civil War Incarceration of African American Children,” Volume 10, Number 3 (September)

2019 – Caroline E. Janney, “Free to Go Where We Liked: The Army of Northern Virginia After Appomattox,” Volume 9, Number 1 (March)

2015 – Millington W. Bergeson-Lockwood, “‘We Do Not Care Particularly About the Skating Rinks’: African Americans Challenges to Racial Discrimination in Places of Public Accommodation in Nineteenth-Century Boston, Massachusetts,” Volume 5, Number 2 (June)

2013 – Thavolia Glymph, “Rose’s War and the Gendered Politics of a Slave Insurgency in the Civil War,” Volume 3, Number 4 (December)

All winning articles are available in Project Muse. For more information, visit The Journal of the Civil War Era.