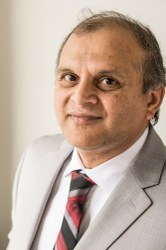 Prakash Kumar is an Associate Professor of History and Asian Studies at Pennsylvania State University. He received his PhD from the Georgia Institute of Technology in 2004. He spent two years as a postdoc at Yale University’s History Department, and was an Assistant and Associate Professor at Colorado State, before joining Penn State in 2014.

He is the author of Indigo Plantations and Science in Colonial India (New York: Cambridge University Press, 2012), which is a social history around indigo that intersects with colonial and nationalist currents in South Asia, while also remaining attentive to the global surroundings of this history. The book tracks the odyssey of indigo from its African/Caribbean beginnings, through the Carolinas and the Spanish colonial world, before exploring in detail its journey among the colonial plantations on the Indian subcontinent.

Kumar is currently working on two monographs on agrarian and rural histories in India. The first, titled Agrarian Development in India: A Different History of Modernization, is nearing completion, and captures the transformative experience of India’s agrarian modernization in the middle decades of the twentieth century. Covering the period from 1912 to 1971, the book acknowledges both the colonial and modernist lineages by examiningthe massive engagement of American actors with postcolonial elites and spaces of interaction between modernization as a social ideology of distinct import and the postcolonial project of development in the agrarian and rural sectors. An account of modernization and its contested legacy, the book examines moral compunctions, technocratic visions, and postcolonial anxieties to show how colonial and postcolonial India came to embrace a specific agrarian future. Kumar’s second book, which is under contract with Indiana University Press, discusses contemporary movements in India that oppose the entry of GMOs.

“Modalities of Modernization: American Technic in Colonial and Postcolonial India,” In How Knowledge Moves: Writing the Transnational History of Science and Technology, edited by John Krige, 120-148. University of Chicago Press, 2019.