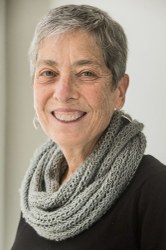 I am an historian of nineteenth-century American women with a particular interest in the intersections between intellectual and social history. My research has focused on the ways that ideologies about gender obscure the material and ideological realities of class, how women of different groups express political identities, and the ways that commonsense notions of American life shape, contain, and control radical ideas. My most recent book, Elizabeth Cady Stanton: An American Life (Farrar, Straus, Giroux, 2009), discusses the life and legacy of the nineteenth century’s foremost feminist thinker. As a joint appointment in History and Women’s, Gender, and Sexuality Studies, I have taught a wide range of courses in U.S. history, women’s history, lesbian and gay history, and feminist theory. For much of the past decade, I have also been the Women’s Studies Graduate Officer. In that role I have advised graduate students from many departments and have helped to build Penn State’s innovative dual title degree program with Women’s, Gender, and Sexuality Studies. In 2012 I was elected to a three-year term to the Organization of American Historians Executive Board, where I will serve as the Board liaison to the Committee on the Status of Women in the Historical Profession.

Find out about Lori Ginzberg’s NEH summer seminar for K-12 teachers, to be held at the Library Company of Philadelphia in July 2017 http://librarycompany.org/nehsummerseminar/

Read my blog entry regarding my biography of Elizabeth Cady Stanton for the Women=Books series featured on the Wellesley Centers for Women website.

Read my blog entry regarding Individualism and Choice for the Women=Books series featured on the Wellesley Centers for Women website.