The Steven and Janice Brose Lectures in the Civil War Era 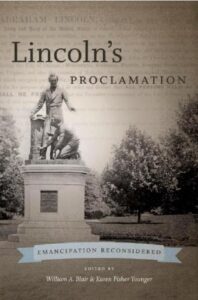 The University of North Carolina Press, in partnership with the George and Ann Richards Civil War Era Center at Penn State, launched The Journal of the Civil War Era in March 2011. Former Richards Center Director William Blair was the founding editor of the journal. In 2016, Blair passed the editorial reins to Judith Giesberg of Villanova University, and in 2020 Kate Masur, Northwestern University, and Gregory Downs, University of California, Davis, succeeded Giesberg as editors.