Dr. Jones received his Ph.D. at Binghamton University, where defended his dissertation, “Opium Slavery: Veterans and Addiction in the American Civil War Era,” in 2020. The manuscript investigates the phenomenon of opiate addiction among Civil War veterans, a harrowing medical consequence of the war that proved particularly traumatic for veterans and alarming for American doctors and the state. During his time at the Richards Center, Jones revised his manuscript for publication. He has published widely on the history of drug addiction and other Civil War-era topics in popular and scholarly outlets, with an article on the gendered experience and outcomes of addiction for Civil War veterans appearing in The Journal of the Civil War Era (June 2020). Jones’s research has been featured on public radio, television, and podcasts, and has been supported by The Huntington Library, The College of Physicians of Philadelphia, and Yale University’s medical library, among other institutions. Jones is a first-generation student from the Dallas-Fort Worth, Texas area, where he taught high school history before pursuing his doctorate. He obtained an M.A. in 2013 from Texas Christian University and an B.A. in 2011 from Dallas Baptist University.

Dr. Jones is currently an Assistant Professor at the Virginia Military Institute, where he teaches classes in the Civil War and Reconstruction and medical history. 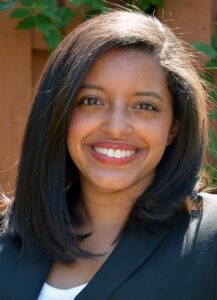 Dr. Soares received her Ph.D. in History from Northwestern University. Her research and teaching interests include African American history, the U.S. South, and 19th and 20th century U.S. history. Her dissertation, “Higher Ambitions for Freedom: The Politics of Public Black Colleges in the South, 1865-1915,” examined how black political and educational leaders mobilized throughout the region to establish and maintain state-supported black colleges. Support for the project came from the National Academy of Education/Spencer Foundation and Northwestern University. Dr. Soares is currently developing a book manuscript that builds on her dissertation research. Prior to attending Northwestern, she received a bachelor’s degree from Duke University and a master’s degree from the College of William & Mary, both in History. 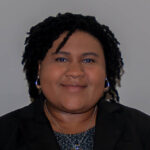 Dr. Walker holds a PhD in History from Rutgers University. Her research and teaching expertise include African American history, urban history, 20th century U.S. history, public history, and the digital humanities. She received her B.S. in African American Studies from Eastern Michigan University in 2009 as a Ronald E. McNair Scholar as well as a M.A. in Pan-African Studies from Syracuse University in 2011. Dr. Walker is currently writing her book manuscript which examines the role of the high school organizing tradition in the development of black radical politics of the Black Power era. Her research has been funded by the Ford Foundation’s Dissertation Fellowship, the Walter P. Reuther Library’s Albert Shanker Fellowship for Research in Education, and Rutgers University. She has presented her research at several national conferences, including the Association for the Study of African American Life and History (ASALH), the American Historical Association (AHA), and the National Council for Black Studies (NCBS). In addition to her research, teaching, and mentoring, Dr. Walker is a regular contributor to Black Perspectives, the blog site for the African American Intellectual History Society (AAIHS).

Dr. Walker will stay on at Penn State as an Assistant Professor of African American Studies and Women’s, Gender, and Sexuality Studies.

Alaina received her PhD in June from Indiana University’s History Department. She received her Bachelor of Arts in History with honors in 2011 from the University of California, Santa Barbara, and in 2013 obtained her Master of Arts in History from Indiana University. Alaina has received research grants from the American Philosophical Society and the Center for Research on Race and Ethnicity in Society. Her research interests in Chickasaw freedpeople and the historical context of African American and Native American cultural connections stem from her own family background–her paternal great great grandparents were slaves of Chickasaw Indians.

Alaina’s research explores the lives and identity discourses of the African American former slaves of Chickasaw Indians. Her dissertation delves into the intersection of Civil War and Reconstruction in the Chickasaw Nation and the actions of Chickasaw Freedpeople to gain Chickasaw or U.S. citizenship, establish schools for their children, and stake claims on land within the Chickasaw Nation that they and their families had come to call home. Alaina is also interested in tracing the way dialogues about Chickasaw Freedpeople and Afro-Chickasaws have been maintained through family oral histories.

Dr. Roberts is currently an Assistant Professor at the University of Pittsburgh. 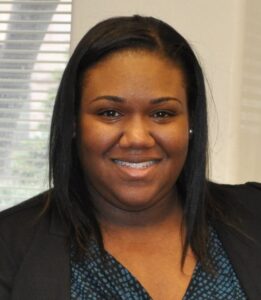 Amira Rose Davis received her doctorate in History from Johns Hopkins University in 2016. Her research interests include African-American gender history, sports, politics, and the history of black institutions. Her dissertation, “Watch What We Do: The Politics and Possibilities of Black Women’s Athletics, 1910-1970” examines the intellectual and institutional development of recreational, competitive and professional sporting opportunities for black women in the United States. In tracing the long history of black women’s athletic participation, this research explores the ways in which gendered power dynamics, particularly intra-racial ones, mediated black Americans’ engagement with athletics and physical culture. The study draws on a wide array of sources including black newspapers, black college and university records, and oral histories. Her article “No League of their Own: Baseball, Black Women, and the Politics of Representation,” was published in the May 2016 issue of Radical History Review. She spent her fellowship year completing oral history interviews, working on an article on black college protests in the 1920s, and revising her dissertation for publication.

Dr. Davis will remain at Penn State as she begins her appointment as Assistant Professor of History and Women’s, Gender, and Sexuality Studies.

Nicole obtained her Ph.D. in History with certificates in Africana Studies and College Level Teaching from the University of Pennsylvania in 2013. Longstanding interests in religion and power focus her research on the dynamic intersection between religion and politics in Virginia’s black communities during the post-emancipation period. Her dissertation, “Faith and Freedom: The Politics of Black Religious Institutions in Post-Emancipation Virginia” explores how Virginia’s free and freedpeople used their churches, conventions, and religious educational institutions to define political strategies, gender roles, and community membership. The study delves deeply into the limited but extant records of black religious institutions and incorporates GIS mapping techniques to visualize the church and political networks that supported black participation in electoral politics. Through this local study, she offers a social and political history of late-nineteenth century black religion. She spent her fellowship year revising her manuscript for publication and writing two articles—one on religious education of black church leaders and the other on enslaved women and religion—in addition to expanding her digital mapping project.

Dr. Turner is currently an Assistant Professor at Yale University.

Cynthia specializes in the legal history of African-American girls and women in the late 19th and early 20th centuries. She received her Ph.D. from Duke University in July 2014. Her dissertation, “Black Girls and Childhood on Trial in South Carolina, 1885-1920,” explores how emergent segregation law, the punitive turn in criminal justice, progressive reform ideas about childhood, and early social science affected black girls in the legal system. Greenlee spent her year revising her dissertation into a manuscript for publication. She is the recipient of many awards, including the 2012 Ford Foundation Dissertation Fellowship, the Ida B. Wells award from the Coordinating Council for Women in History, a Littleton-Griswold research grant from the American Historical Association, and a Cromwell fellowship from the American Society for Legal History. Greenlee did her undergraduate work in history and international studies at the University of North Carolina, where she later pursued a master’s degree in journalism and mass communication. A former journalist, she continues to write for online publications and strives to use history to illuminate the present. She is a member of the Echoing Ida collective of black women writers and is active in community organizations that advocate for the reproductive health of women, men and families. Follow her on Twitter @CynthiaGreenlee.

Dr. Greenlee is the deputy editor at the Southern Foodways Alliance and was the senior editor with Rewire.News, the leading online publication about reproductive health, rights, and justice.

Sasha Turner joined the Richards Center in July 2013 as its second postdoctoral fellow in African American History. She completed her undergraduate degree in history at the University of the West Indies in Mona, Jamaica, before earning her Ph.D. from Cambridge University. Turner subsequently completed fellowships at Rutgers University and Washington University in St. Louis, Missouri. She took a leave from her position as assistant professor of History at Quinnipiac University in Hamden, Connecticut, to become a Richards Center fellow.

Sasha’s research explores the dynamics of race, reproduction, and the status of freedom in defining women’s lives in Caribbean slave systems, highlighting power struggles between slaves and planters. The book manuscript she worked on during her fellowship details how enslaved women sometimes employed birthing and mothering practices to resist the total domination of masters. Turner singled out the university’s “wealth of resources” and the emphasis on professional mentoring as features that make the “Center stand out nationally and internationally as an institution that is serious about rigorous scholarship and devoted to enhancing the work and professional development of junior scholars.” During her fellowship, she worked on a book project that was published in 2017 by the University of Pennsylvania Press as Contested Bodies: Pregnancy, Childrearing, and Slavery in Jamaica. In 2018, the book won the prestigious Berkshire Conference of Women Historians Book Prize. The prize is given annually for the best first book on the history of women, gender, and/or sexuality. 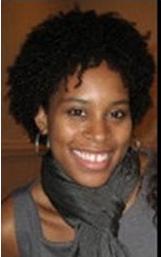 Jessica Johnson joined the Center in August 2012 as its inaugural postdoctoral fellow in African American History. She earned her PhD at the University of Maryland under the direction of the noted scholar of slavery, Ira Berlin. What drew Jessica to the fellowship was the opportunity to further her professional development under the guidance of a “network of senior mentors and advisors who are excited about and supportive of my work.” She deferred an offer of a tenure track position in the Department of History at Michigan State University until 2013 to take advantage of this unique opportunity. Jessica’s dissertation explored the lives of free women of African descent in the 18th-century French Atlantic. She has been the recipient of numerous awards including a Consortium for Faculty Diversity Fellowship at Bowdoin College, a Woodrow Wilson Mellon-Mays Dissertation Grant, and a Gilder Lehrman Institute Research Fellowship.