William A. Blair, Ferree Professor Emeritus of Middle American History and Director Emeritus of the Richards Center, published his latest book with the University of North Carolina Press this month. Grounded in deep archival research in the records of the Freedmen’s Bureau, The Record of Murders and Outrages: Racial Violence and the Fight over Truth at the Dawn of Reconstruction investigates federal efforts to document and deploy information about violence against formerly enslaved people in the early days of Reconstruction. Exploring themes of narrative, violence, and information, Dr. Blair raises questions that remain deeply relevant about the politics of truth in highly polarized times. 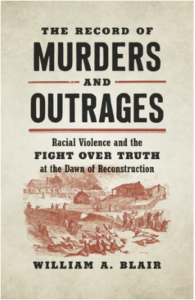 In 2020, the Supreme Court held in McGirt v. Oklahoma that the boundaries of the Muscogee (Creek) Nation remained and therefore Oklahoma lacked criminal jurisdiction over crimes involving tribal citizens.  The ruling has since been extended to include the Cherokee, Chickasaw, Choctaw, and Seminole Nations.  The panelists will discuss the impact of this decision on the Five Tribes and explore its implications for other Native nations as well. Each speaker will consider some of the ways Native Nations are considering the promises and potentially unfulfilled possibilities at the end of the trail.

Doug Kiel (Oneida Nation), is an Assistant Professor of History at Northwestern University.  He recently published the article “Nation v. Municipality: Indigenous Land Recovery, Settler Resentment, and Taxation on the Oneida Reservation” in NAIS, a case that ended favorably for the Oneida Nation in part because of the McGirt decision. He is currently working on a book manuscript entitled “Unsettling Territory: Oneida Indian Resurgence and Anti-Sovereignty Backlash.”

Chief Ben Barnes (Shawnee Tribe) currently serves the Shawnee Tribe as the elected chief of the Tribal Council.  He has also served as the Director of Tribal Gamingfor Miami Nation Enterprises. He advocates for   language and cultural preservation. He is the co-author of “Salvaging the Salvage Anthropologists: Erminie Wheeler-Voegelin, Carl Voegelin, and the Future of Ethnohistory,” which articulates an important call to scholars to collaborate with Native nations whenever possible. 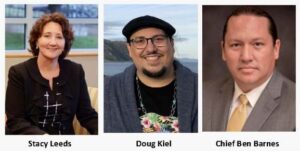 Dr. Rachel Shelden, Richards Center director and associate professor of history, and Dr. AnneMarie Mingo, assistant professor of African American studies and women’s, gender, and sexuality studies, recently spoke with Penn State News about the history and meaning of Juneteenth. Juneteenth commemorates emancipation during the Civil War and specifically recognizes June 19, 1865 when Union forces under General Gordon Granger arrived in Texas and confirmed that the Emancipation Proclamation had ended slavery there and throughout the former Confederacy. Click this link to read the article on the Penn State News site. 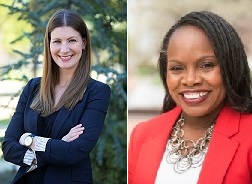 Three Richards Center affiliated graduate students successfully defended their dissertations earlier this month and earned their Ph.D. degrees. Cecily Zander earned he doctorate under the guidance of William Blair, Walter L. and Helen P. Ferree Professor Emeritus of Middle American History and Director Emeritus of the Richards Civil War Era Center. Her dissertation is titled, “Agents of Empire: The U.S. Army, The Civil War, and the Making of the American West, 1848-1872.” Emily Seitz earned her doctorate under the direction of Lori Ginzberg, professor of history and women’s studies. Her dissertation is titled, “Prescribing Pregnancy Loss: Women Physicians and the Changing Boundaries of Fetal Life in Nineteenth-Century America.” Mallory Huard also earned her doctorate under the direction of Dr. Ginzberg. Her dissertation is titled, “America’s Private Empire: Family and Commercial Imperialism in Nineteenth Century Hawai’i.” 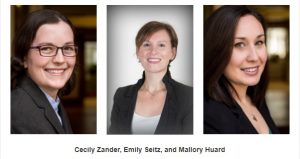 Amy Greenberg, George Winfree Professor of American History, reviewed Michael Burlingame’s An American Marriage: The Untold Story Story of Abraham Lincoln and Mary Todd, for The New York Times. Her review appeared in the June 3 edition of the Times. An American Marriage was published this year by Simon and Schuster. In the book, Burlingame provocatively argues that Mary Todd was physically abusive toward Lincoln and was a corrupt First Lady, causing Lincoln to regret his marriage to her. 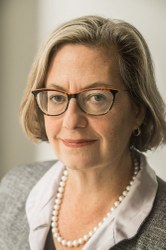 Amira Rose Davis, assistant professor of history and African American studies, recently spoke with Amy Goodman of Democracy Now! and Melissa Harris-Perry of WNYC’s The Takeaway about Naomi Osaka’s decision to withdraw from this month’s French Open tennis tournament. Osaka had been threatened with escalating fines and possible disqualification from the tournament for declining media appearances for mental health reasons. Dr. Davis also appeared on WNYC’s Morning Edition to discuss the racial dynamics behind highly publicized examples of fans behaving badly and violently toward players in the NBA playoffs. In May, she wrote about a new generation of Black women athletic directors at major universities for Global Sport Matters. 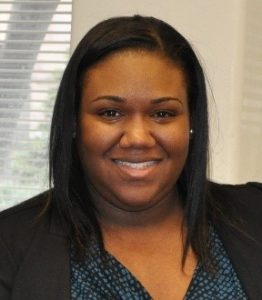 Davis and Aziz Publish in Journal of African American History 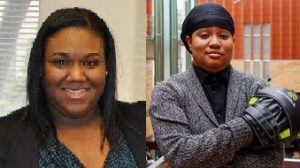 Crystal Sanders, associate professor of history, will receive the 2021 Dr. James Robinson Equal Opportunity Award from Penn State. The award recognizes her many efforts to promote equal opportunity and promote cross-cultural understanding at the university. In announcing the award, the university noted that her nominators “called Sanders a fierce proponent of the history of black education and also an advocate for expanding opportunities for minorities in the field.” Dr. Sanders has initiated many programs, symposia, and other events to promote inclusion and collaboration among faculty and students, including the Richards Center’s undergraduate Catto-LeCount Fellows Program for Equity and Inclusion. 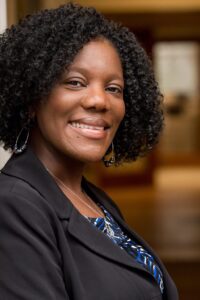 Amira Rose Davis, assistant professor of history and African American studies, has been named a  2021 Mellon Emerging Faculty Leader by the Woodrow Wilson National Fellowship Foundation’s Institute for Citizens and Scholars. The Mellon awards “support junior faculty whose research focuses on contemporary American history, politics, culture, and society, and who are committed to the creation of an inclusive campus community for underrepresented students and scholars.” Dr. Davis also was named a 2021–2022 Harrington Faculty Fellow at the University of Texas at Austin. The residential fellowship will allow her to focus on research and collaborations with colleagues in Texas’s Department of African and African Diaspora Studies and across the university.