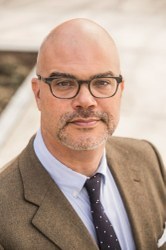 I am a modern Latin American historian and work on race, abolition, and slavery focusing primarily on Brazil in the nineteenth and early twentieth centuries as well as the African diaspora throughout the Americas.  My first book was Legacy of the Lash: Race and Corporal Punishment in the Brazilian Navy and the Atlantic World (Indiana University Press, “Blacks in the Diaspora” series, 2014). It is an examination of organized resistance among Afro-Brazilian sailors to the ongoing abuse they endured in the navy at the hands of the Brazilian state. The book’s cornerstone is an exploration of the four-day Revolta da Chibata (Revolt of the Lash) of November 1910, during which nearly half of Rio de Janeiro’s enlisted men rebelled against the use of corporal punishment in the navy. I argue that the uprising is best understood in the context of Atlantic slave rebellions rather than exclusively as a modern military revolt.

I am currently working on a research project (tentatively titled Forced Labor in Brazil’s Age of Abolition: State Control of Free Afro-Brazilians during the Empire and Early Republic) that examines the means by which the Brazilian state (in conjunction with state-run institutions such as the army, navy, legislature, police force and orphanages) coerced Brazil’s growing free-black population into continued labor as the institution of Atlantic slavery collapsed during the second half of the nineteenth century.

Before coming to Penn State in 2016 I taught in the American Studies Department at University of New Mexico, and in the History Departments at Boston College and William Paterson University.

Legacy of the Lash: Race & Corporal Punishment in the Brazilian Navy and the Atlantic World (Indiana University Press, “Blacks in the Diaspora” series, 2014)

“Legislating the Lash: Race and the Conflicting Modernities of Enlistment and Corporal Punishment in the Brazilian Military during the Empire,” Journal of Colonialism and Colonial History V.5, N.2, Fall 2004