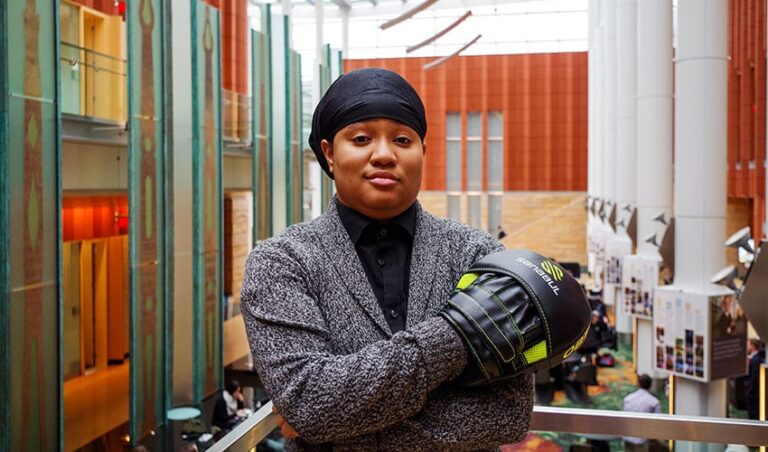 Maryam Aziz (they/them) is a Postdoctoral Fellow in the Richards Center and the Africana Research Center at Pennsylvania State University. Aziz received a Ph.D. in American Culture from the University of Michigan in 2020. Aziz also holds a Bachelor of Arts Degree in African American Studies from Columbia University. Aziz’s first book asks how folks who practiced unarmed self-defense contributed to Black Power organizing and shifting ideas about liberation, abolition, and gender norms. It also traces how the learning of martial arts was facilitated by U.S. militarism during the Cold War. Aziz’s work was showcased in the 2017-2018 exhibit Black Power! at the Schomburg Center for Research in Black Culture, for which Aziz was a contributing writer and a curator for the sections on popular culture and blaxploitation film. Aziz currently serves as the current Assistant Coordinator for the American Studies Association’s Sports Studies Caucus as well as the Co-Director for the Schomburg Mellon Humanities Summer-Institute. As a scholar activist, Aziz regularly teaches radically inclusive self-defense classes in person and now virtually. They have written for the “Made by History” section at the Washington Post. Further insight into their work can be seen in publications such as Teen Vogue and Mic or heard in Podcasts such as Burn It All Down.